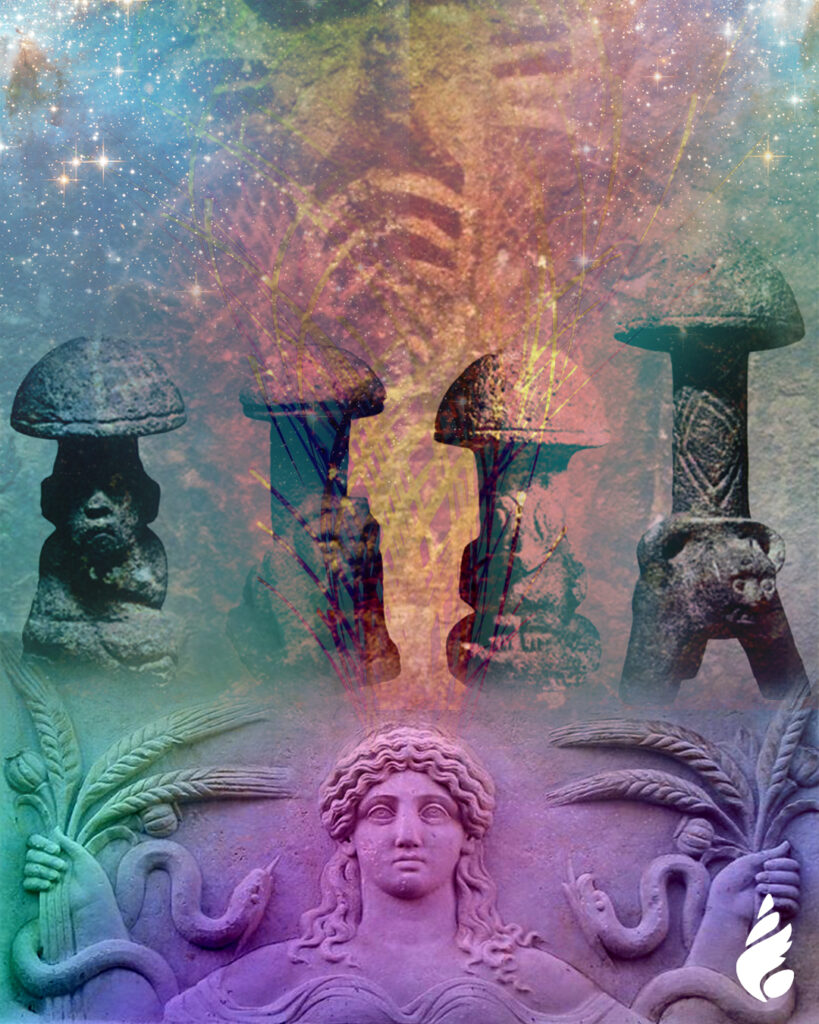 People of varied religious backgrounds have associated psychedelics with enlightenment and spiritual practices for thousands of years. Records from 3780 to 3660 BCE mention use of peyote, while visual and written documentation of pre-Mayan cultures describe the use of psilocybin going back to 1500 BCE. Relics honoring the gods of the fungi were even used in Central and South America for Aztec Rituals, where psilocybin was served with honey or chocolate. These psychedelics and other entheogens are believed to have been used for even thousands of years prior, with the earliest potential record in humans displayed in cave paintings by 10,000 BCE indigenous peoples in northern Australia, full of mushroom iconography with a visible psychedelic theme.

In modern times, as recently as the 1970s, Indigenous tribes to the United States were determined to have a right to use psychedelic plants in their spiritual practices. In 1990, the Supreme Court ruled that Indigenous can legally use peyote in their religious ceremonies if they adhere to specific regulations regarding its transport and sale. While this decision primarily focused on members of the Native American Church (NAC), it also extended rights to any group seeking an exemption from laws prohibiting non-medicinal uses of psychedelics based upon sincerely held religious beliefs.

Today, psychedelic use and religious protection is once again a major topic of conversation as more states across the nation move to decriminalize psychedelics. However, despite the history and previous rulings honoring said spiritual practices, some current measures contain no provisions for religious freedom. 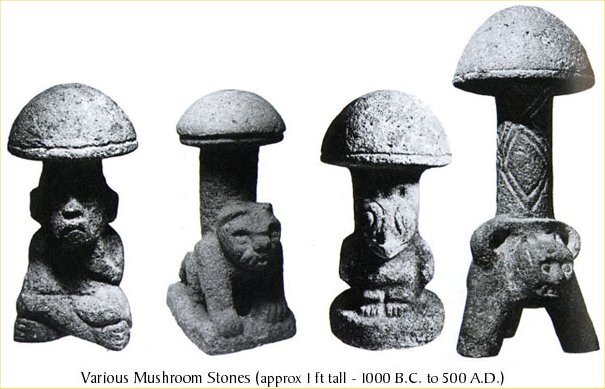 In 2020, Oregon passed Ballot Measure 109 or the ‘Oregon Psilocybin Services Act’, allowing the “manufacture, delivery and administration” of psilocybin, putting the state on the map as the first to legalize psychedelics in the United States. Despite the sacred value of psychedelics to many religious groups, under the legislation there were no provisions for religious psychedelic use or services.

As a response, the Oregon Psilocybin Advisory Board presented a framework of proposed rules, Privileges and Duties of Entheogenic Practitioners, that would honor and protect the sacred right to use psilocybin for religious and spiritual purposes under Measure 109. With the state being a trailblazer for psychedelic legalization, the advisory board felt it imperative they set the right precedent for religious freedom. These measures would act independently of the original measure, aiming to supplement Oregon’s legislation while honoring psilocybin’s historic indigenous use and to address concerns made by the public that corporate wants have dominated the needs of communities that utilize psychedelics for spiritual practices.

The proposed framework consists of a series of sections outlining the qualifications to receive, practitioner privileges, and duties of both those receiving as well as all parties involved in administering.

The following are practitioner privileges under the proposed framework:

In order for a client to receive psilocybin services or products that utilize entheogenic practitioner privileges, the client must:

[Read the proposed entheogenic duties and privileges in full]

Earlier in June, the Oregon Psilocybin Advisory Board and Oregon Health Authority officials met privately with the state’s Department of Justice, to discuss the framework Privileges and Duties of Entheogenic Practitioners. Prior to this meeting, nearly 500 people signed a petition and members of the public urged the board to adopt the framework proposal.

“As a founder of a sacred mushroom church, I’ve been following this for several months… I found it extremely problematic that the religious organizations are being treated the same as therapeutic organizations. It’s kind of offensive to me that we are subject to medical protocols and regulations when the medical establishment got the mushrooms from the spiritual practitioners.”

But much to the advocates dismay, the board still rejected the proposal without substantive discussion, dismissing Indigenous and religious protections, as well as racial justice and equity, in their rule-making. Presently, the health authority has until December 31 to publish final rules on Measure 109, while the Oregon Psilocybin Advisory Board recommendations are due on June 30, 2022. With one meeting remaining to discuss these details, those in favor of the framework proposal are continuing to urge officials to consider the importance of these inclusions.

Paving The Way for A National Precedent of Religious Freedom

Because Oregon is the only state in the country to have legalized psychedelics with a sponsored psilocybin-program, its framework offers an opportunity to honor psychedelic use while protecting religious rights. During these times in what has been coined a ‘new psychedelic renaissance’ it’s imperative the national precedent be one that prioritizes plant medicine’s spiritual and indigenous roots, something that aligns with our country’s foundation of religious liberty.

As more states and countries move to decriminalize low-level possession and similarly grant access to psychedelic therapies, topics such as religious freedom and equity must remain at the forefront of conversations. With such a historic medicine dating back thousands of years, we do all psychedelics a disservice to allow any programs that reinforce racial, health, and financial inequity systems.

At Unlimited Sciences, our combination of research and storytelling ensures a balanced approach to the psychedelic space.  We aim to educate those to make informed decisions about dose, safety, and substance, and continue moving the psychedelic science forward into the future. If you value the religious freedom and history of psychedelics as described in this content, we invite you to consider a donation to Unlimited Sciences!